The renovation plan for the von Karman Institute site is on track! 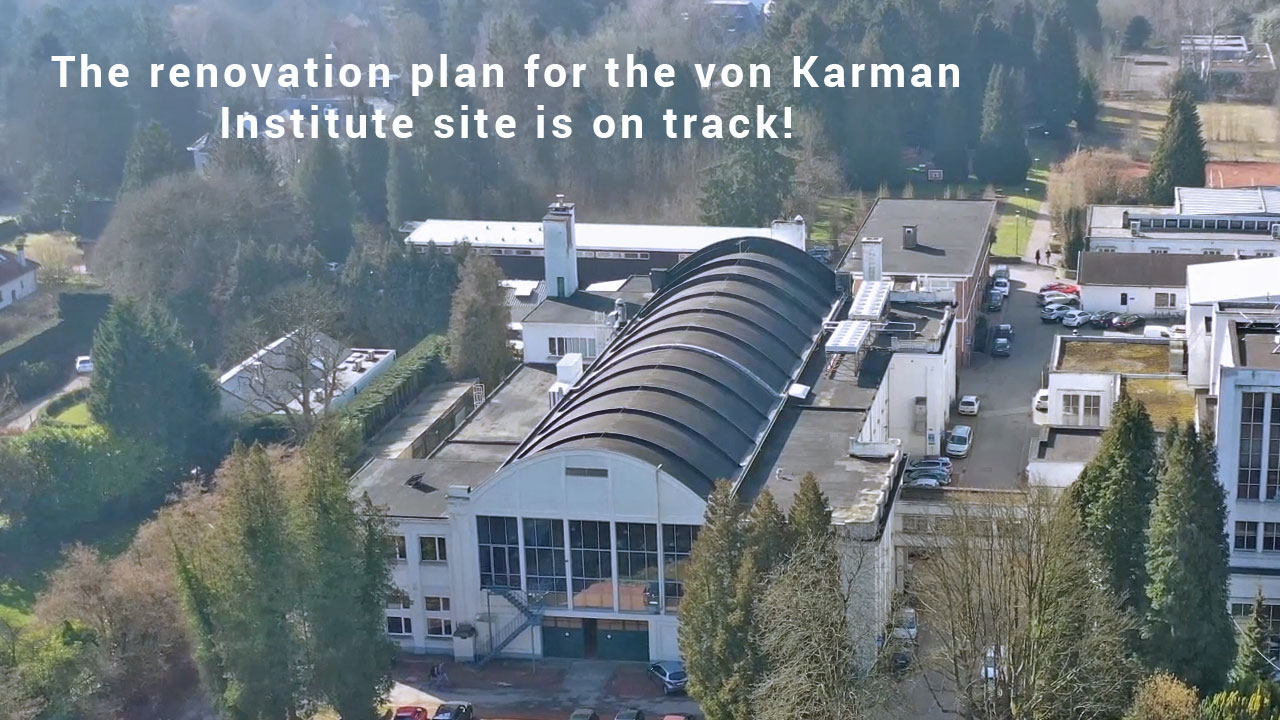 On the proposal of the Secretary of State for Scientific Policy, Thomas Dermine, the Council of Ministers of this Friday, February 12, gave its agreement on the choice of the site of the new buildings of the von Karman Institute and on the confirmation of the granting of investment credits of 9 million euros in 2021 and 2 million euros in 2022 in favor of the IVK.

The von Karman Institute for Fluid Dynamics (VKI) is an AISBL founded in 1956 by Theodore von Kármán as a research and training center within the framework of a NATO mission. The VKI remains THE benchmark for research in the fields of the environment, aeronautics and aerospace. The VKI facilities, some of which are unique in the world, and its scientific research are world famous. Avant-garde, these researchers are working on the aircraft engines of tomorrow, less noisy, more ecological, on the architecture of our cities to reduce drafts and pollution, on the dynamics of fluids in general.

“This decision confirms the federal government's commitment to support excellence in scientific research. The von Karman Institute is a key player in the field of fluid dynamics, with applications notably in technologies to fight against global warming. The institute is also an important tool at the service of Belgian and international industry ", comments the Secretary of State for Science Policy, Thomas Dermine

Since the founding of the VKI, exactly 65 years ago, investment in suitable premises for the Institute has remained limited, failing to bring it up to current energy standards and making it difficult to expand its activities. This is why the current site of the VKI was chosen for carrying out the renovation and construction of new buildings. Indeed, each m2 is currently used for research and education activities. The next step will therefore be the development of a construction plan for a new building ahead of the renovation of the current buildings in order to allow the VKI to maintain and develop its research and education activities while working in good conditions. The goal is also to integrate this building into a green campus that respects its environment.

Mr Sven Van Loo, Chairman of the Board of Directors, on behalf of the VKI, thanked the Secretary of State and the Belgian Government for the support and very important investment in the renovation of the Institute site. “This investment underlines the confidence of the Belgian Government in the VKI, which will further strengthen its worldwide reputation thanks to this renovation. This will allow the Institute to continue to be a leader in its field of research for the next 65 years ”, commented Mr Van Loo.

In addition to further expanding VKI's unique traditional skills and know-how in hypersonic fluid dynamics, the Institute will focus on a number of strategic research areas in the coming years, primarily:

The von Karman Institute (VKI) is an international non-profit association under Belgian law founded in 1956.

World-renowned, the VKI specializes in fluid dynamics. This research and teaching center located on the surroundings of Brussels trains around 180 students each year from the different countries of the Atlantic Alliance. Its credo: "training in research through research". A federal institute, this center of excellence employs around 100 people and carries out experimental and numerical studies in the fields of aeronautics and aerospace, turbomachines and propulsion, as well as the environment and industrial processes. The VKI is working on research contracts for many companies (SABCA, Safran Aero Boosters, Safran Aero Engines, Safran Helicopter Engines, Sonaca, AtlasCopco, Umicore, Bekaert, Numeca, ArcelorMittal, ...) and international organizations (European Space Agency, the European Commission, …).

The renovation plan for the von Karman Institute site is on track!