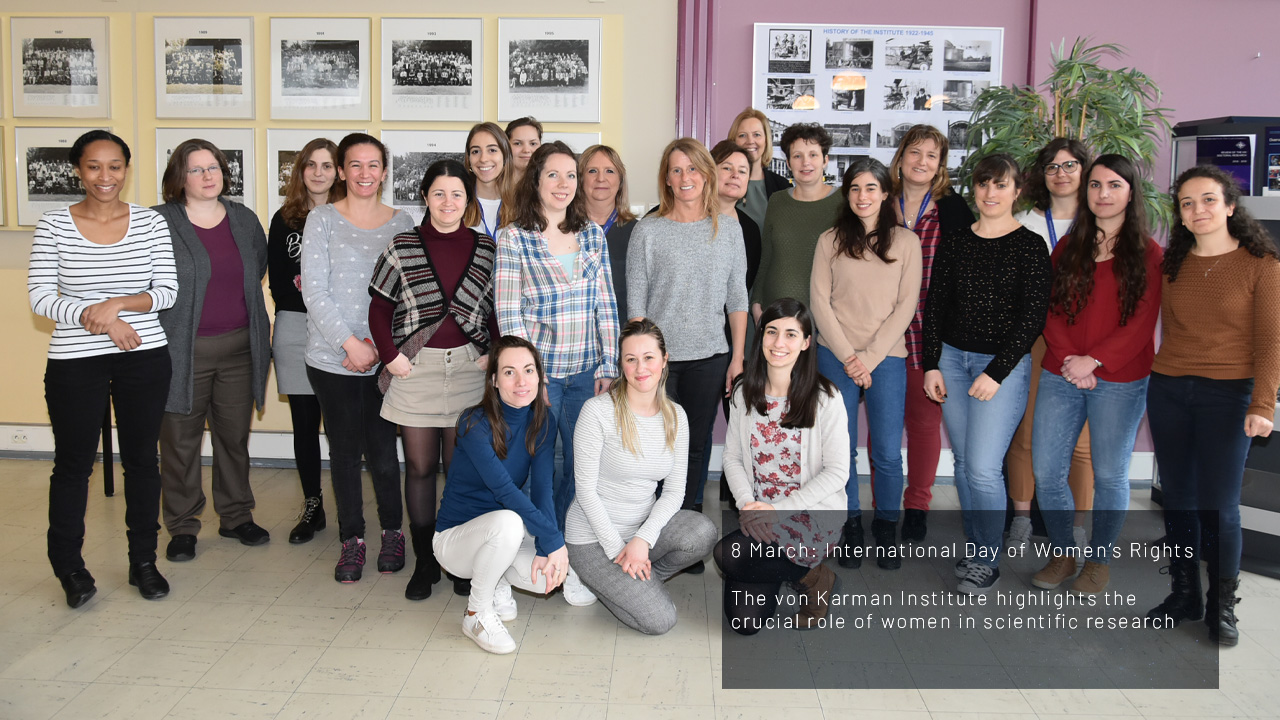 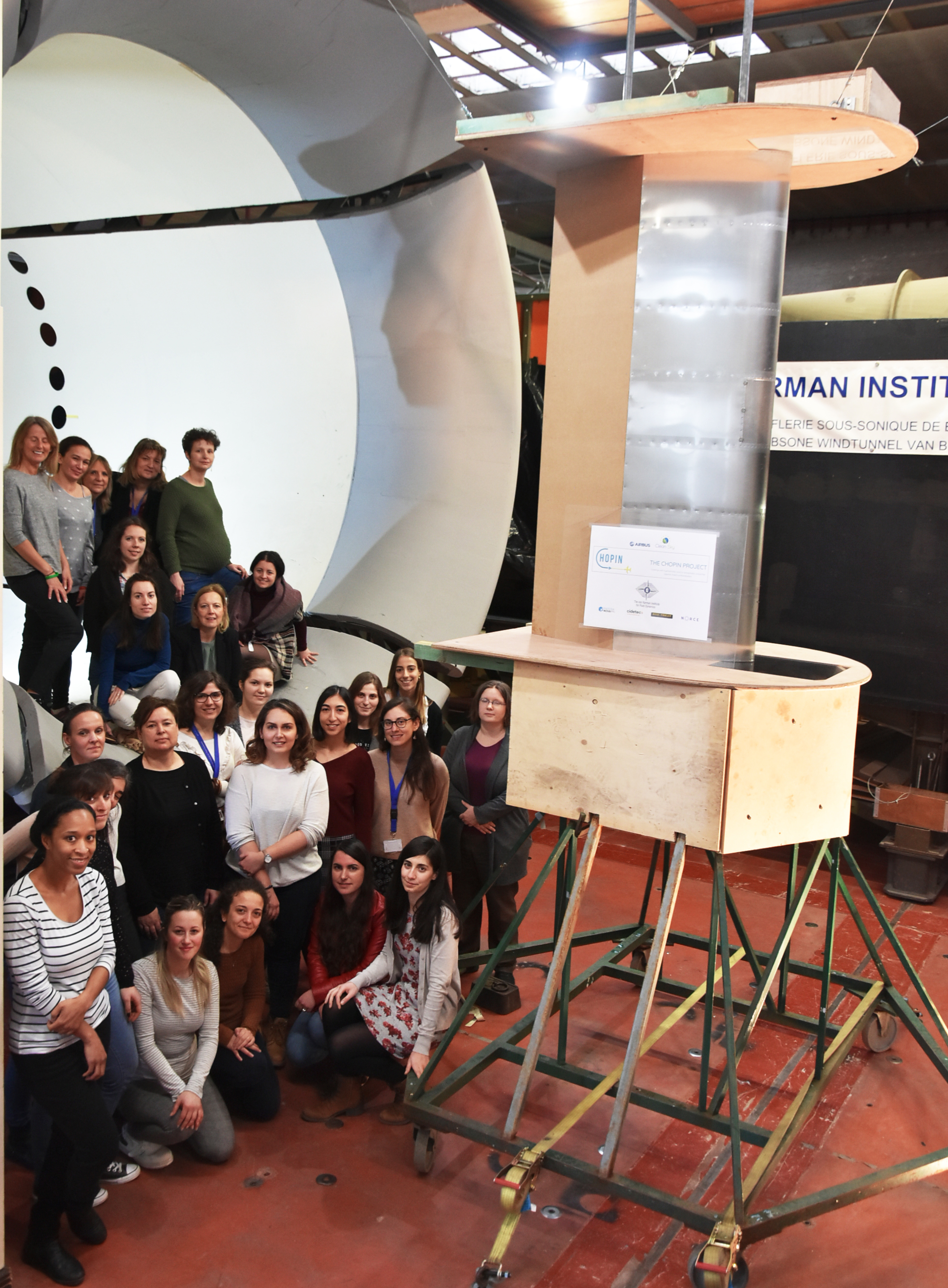 The team in the low speed wind tunnel in which the tests on the model for the European project Chopin are ongoing.

Specialized in fluid dynamics, the von Karman Institute is a center for international education and research at the forefront of scientific studies in the fields of aeronautics and aerospace, turbomachinery and propulsion, as well as the environment and industrial processes. Gender equality is one of the top priorities of the VKI Director, Peter Grognard, who is supported by all members of his Board of Directors. All are convinced that it is crucial for diversity and creativity in the research to look for talented female researchers to increase performance and bring new perspectives and the essential complementarity between men and women. Aerospace is still a male bastion today, albeit due to the historically lower inflow of women into aerospace studies. Fortunately, this has improved considerably in recent years, including in the case of VKI.

Of the Institute's 200 employees and students, 25% are women, two occupy positions in the executive management and in the faculty, nine research engineers lead innovative projects in their field of expertise, nine have key administrative functions to carry out day-to-day operations, and 24 female students undergo a specialization in fluid dynamics. Many of the VKI-trained female engineers currently hold senior scientific positions and are VKI ambassadors to their peers.

For Aude Lecardonnel, a PhD student in the environmental and fluid dynamics department since 2019, there are no differences between the female and male engineers of her generation, but among the older people there are still some prejudices. She is sceptical that women currently have the same opportunities to move to management positions as men. This sentiment is also echoed by her colleagues who feel that it is difficult to reconcile maternity projects with a work life marked by crucial steps: to defend her thesis, to start her career in a company, to finalize scientific projects in a certain time. These are milestones that prevent them from starting a family at certain times in their lives.

VKI women do not feel any difference in attitude towards themselves and their male colleagues, however some benevolent behaviours are sometimes paternalistic in this male-dominated environment. They find that this strengthens women’s solidarity and that there is no competition between them. According to them, women are particularly well represented in VKI compared to some private companies.

For Yakut Cansev, a research engineer at VKI, gender quotas included in the Marie Curie programme and other research funding are essential, but she wonders whether, when recruiting, the choice is dictated by the competence of the person or by the non-discriminatory criteria established by the programme.

Currently, two women hold positions in leadership and faculty within VKI. Delphine Laboureur, professor in the environmental and fluid dynamics department since 2018 t, points out that the higher a woman rises in the hierarchy, the more complex the organization between work and family life becomes. This may hinder some women’s willingness to enter this type of function. There is certainly work to be done in raising women's awareness of their competence, quality and merit in obtaining promotion as well as their male counterparts. Christelle Debeer, head of communication and marketing at VKI, confirms that the times are changing. A few years ago, it would have been unconceivable to see a woman sitting in the VKI executive committee of VKI. The positions with responsibility were mostly held by men, women having less responsibility. She adds that the too paternalistic values have given way to progressive thinking.

For Peter Grognard, it is not a question of quotas, but rather of actively promoting the harmonious integration of women, by giving them full access to, but also encouraging them to take on all the leading positions, while combating unconscious prejudices and offering them with a flexible working environment. Peter Grognard is aware that , despite a significantly improving environment, a great deal remains to be done, both in terms of the number of women in management and in the VKI governing bodies such as the Board of Directors and the General Assembly.