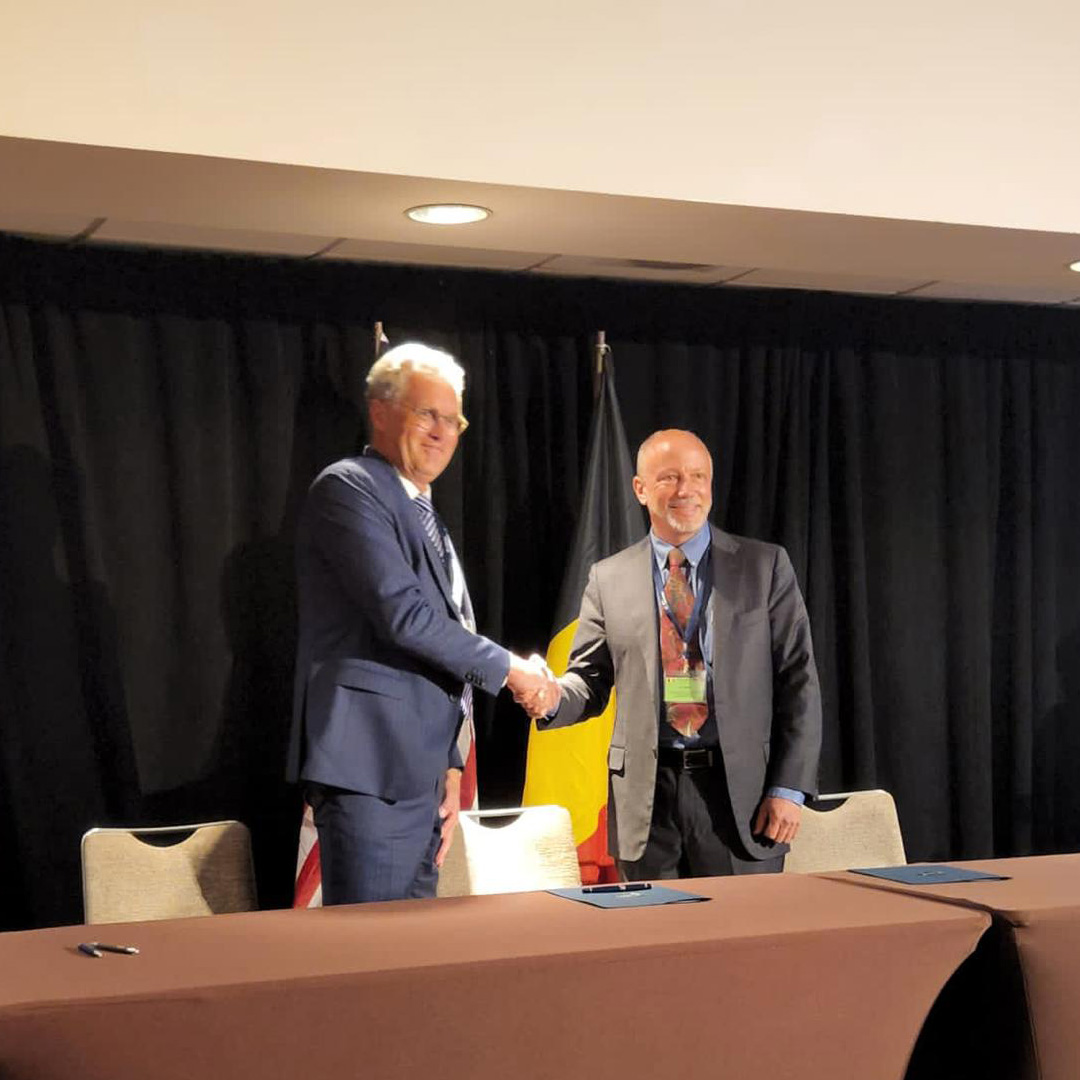 The von Karman Institute for Fluid Dynamics (VKI) has signed on Wednesday in New York a Space Act Agreement for structural cooperation with the National Aeronautics and Space Administration (NASA). VKI researchers will help their American colleagues to ensure that spacecraft withstand their dangerous reentry into the Earth’s atmosphere.

Such collaboration between the USA and Belgium has existed since the creation of the von Karman Institute in 1956: American students come to Belgium to specialize in fluid dynamics, while VKI researchers can stay at the NASA Ames Research Center in California. Thanks to the cooperation agreement signed on Wednesday, this collaboration will now take place on a structural basis.

For example, the von Karman Institute researchers will develop computational models and carry out testing campaigns for NASA on the heat shields of spacecraft that the Americans want to send to Mars. “The von Karman Institute has been known in the American scientific world for decades,” said Kent Bress, Head of International Partnerships, who signed the agreement for NASA.

“Each time we go to a new planet, we come across a certain number of surprises (linked in particular to the composition of their atmosphere)”, recalls Peter Grognard, director of the von Karman Institute. “But despite the large number of challenges that may exist, you only have the option to do something that has never been done before. That's why it's important to be able to make the most educated guess possible,” Kent Bress said…