For a cleaner space, a Black Box Re-Entry Capsule for Satellites 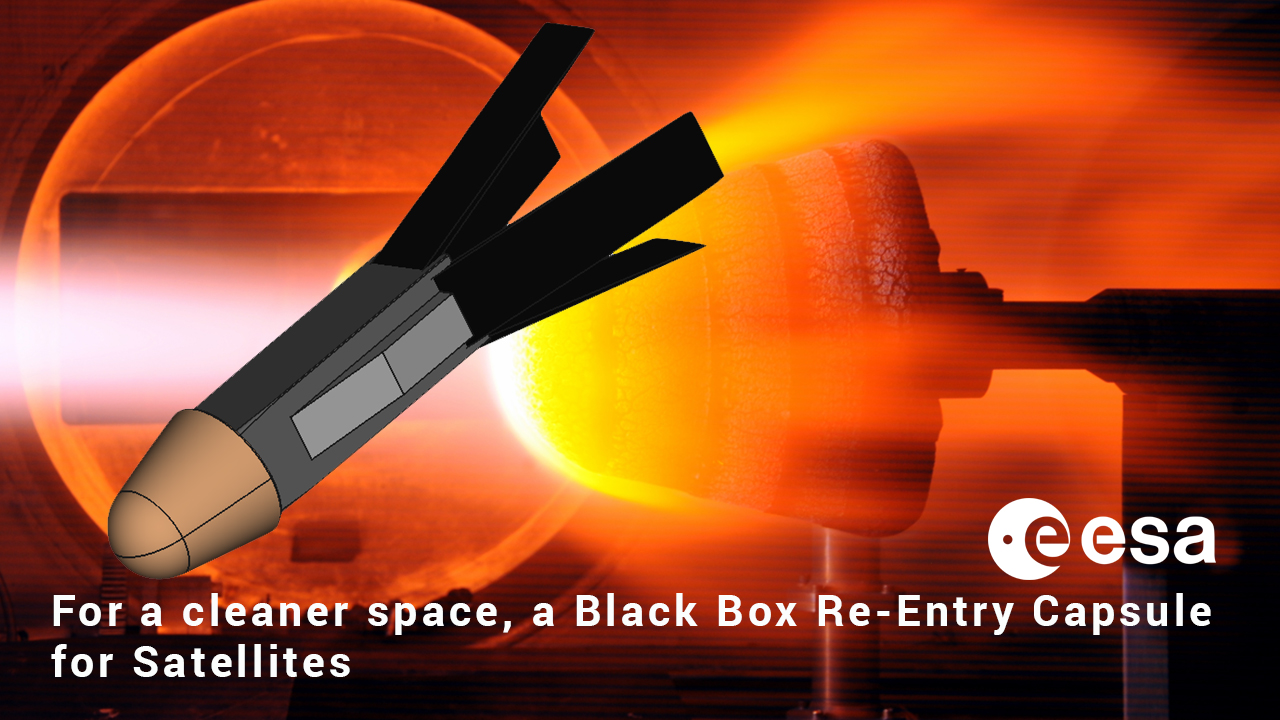 A cleaner space is a major challenge of the 21st century. The amount of debris orbiting the Earth keeps growing each year, eventually making at middle-term low-earth orbit unusable. This must begin now, as ESA’s internal studies show that continuous removal actions starting in 2060 would be 25% less effective in comparison to an immediate start. ESA is playing a leading role in the implementation of space debris mitigation measures.

The threat of space debris is real and ESA is making a huge effort to set the Design for Demise (D4D) as a standard approach for satellites and upper-stages. Understanding the demise process of current technologies is a key step to make the D4D a reality. On-ground experiments could only partially reproduce the complete chain of events that lead to the demise. Therefore, there is general consensus that dedicated in-flight experiments shall be designed to study the demise process in real-flight conditions.

In the framework of the ESA De-risk project IDEA-RAP.ID[1], the von Karman Institute has achieved the preliminary analysis on the possibility to exploit commercially the need for in-flight data on the demise of satellites and/or their components/subcomponents and materials.

The performed de-risk study revealed that space players are aware of the Design for Demise constraints that one day may be standard rules for Space Agencies. The need to acquire in-flight data is considered of primary importance. However, costs and benefits of in-flight experiments shall be compared.

From the analysis conducted by the von Karman Institute team, it emerged that recurrent low-cost experiments could be a winning strategy considering:

VKI performed therefore a preliminary conceptual design of a modular CubeSat platform (RAP.ID) that should allow to achieve the aforementioned objective at a relatively low-cost. The modularity of the platform is also guaranteed by the black-box recorder which is in charge of acquiring, storing and transmitting the data. The market analysis suggested that there are existing technologies being already developed that could serve this scope. A customized version of a promising technology, the DeCAS capsule (patent of Aviosonic Space Tech), has been tested in the VKI Plasmatron to this end.

As a conclusion, although RAP.ID cannot be considered completely representative to study the demise process of a full-scale satellite, its modularity would allow recurrent low-cost missions that will be appealing for space players seeking for relevant data on the demisability of components/parts/materials that need to be re-designed following the D4D paradigm. VKI firmly believes that there is no alternative to a modular platform capable of recurrent “cheap” flights to exploit the commercial benefits of the space-debris emerging market.