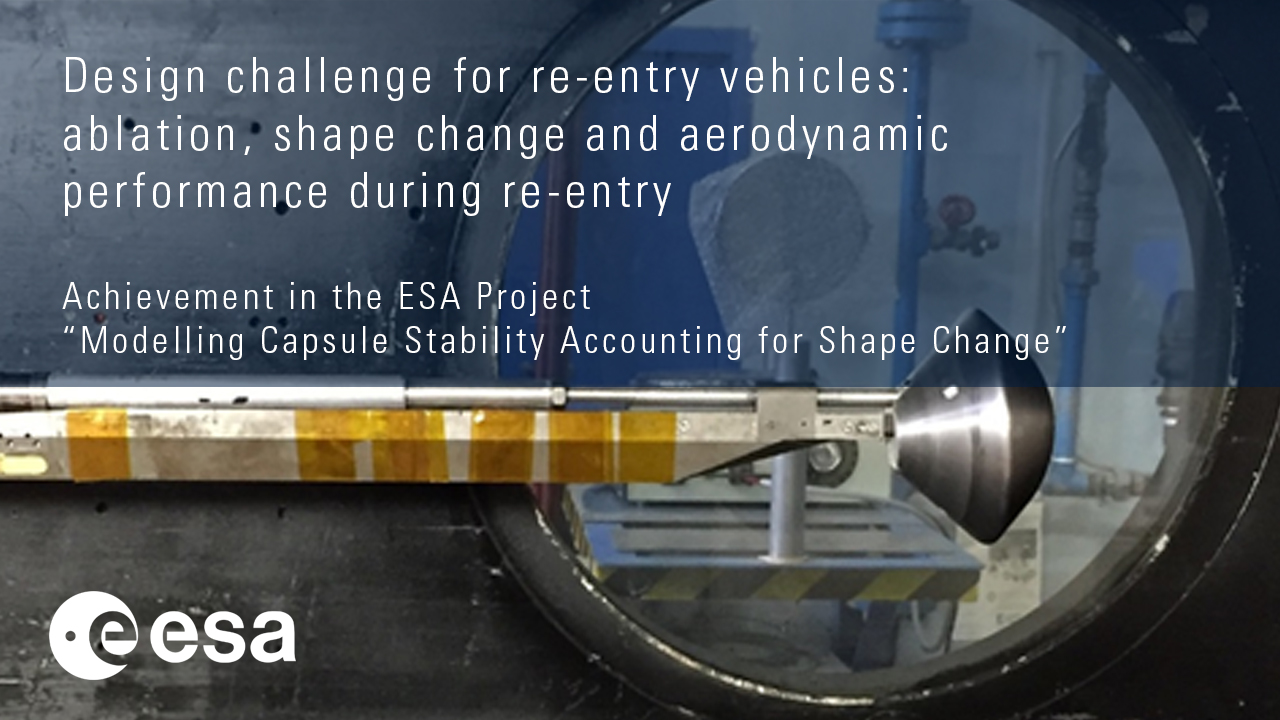 The design of a re-entry vehicle and the analysis of its performance are extremely challenging tasks. The difficulties increase when the understanding of its transient behaviour is sought, and grow even further if this transient is affected by uncontrolled phenomena such as the shape change caused by the ablation of the thermal protection material used as heat shield.

The ESA project CaStAShape[1] aimed to join numerical, experimental and modelling expertise to shed light on the possible impact of the ablation-driven shape change of the heat shield on the capsule aerodynamic behaviour.

The first test campaign, performed in the low-enthalpy hypersonic wind tunnel H3 at the VKI, was used to study the effect of the shape change on the aerodynamic coefficients of the ESA Phoebus capsule in hypersonic conditions. The results revealed that the axial-force coefficient is significantly affected by the shape change. Limited impact was seen on the normal-force and pitching-moment coefficients, but this may be a consequence of the limited range of tested angles of attack. Following this test campaign, a thorough CFD analysis was performed to verify the representativeness of the ablative ground testing. This analysis employed an advanced tool featuring a fully-coupled ablative boundary condition. Results showed a very good agreement between the shape change obtained in the hypersonic testing and the one expected in flight. This analysis helped defining the final ablated shape to be tested in the second test campaign. 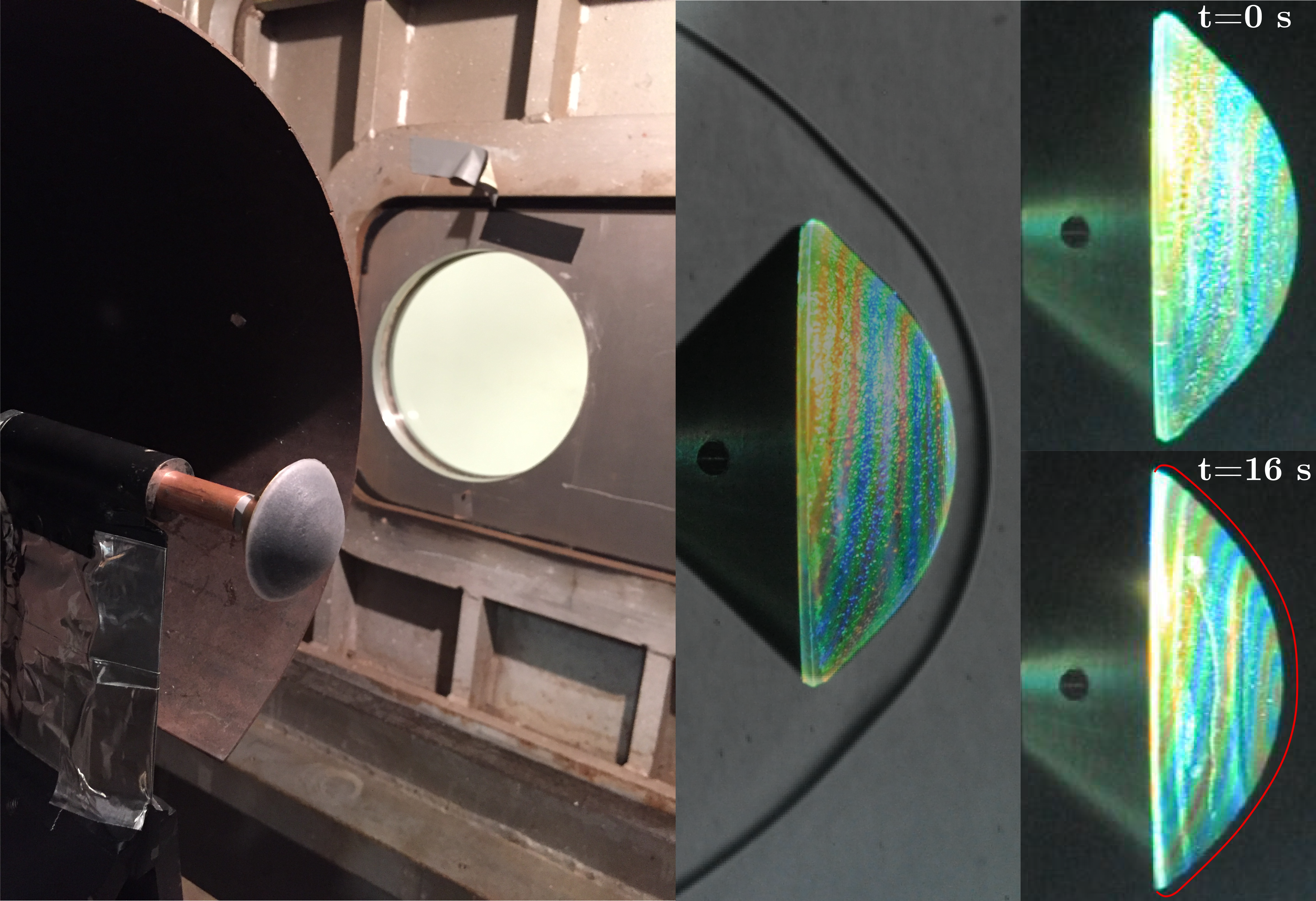 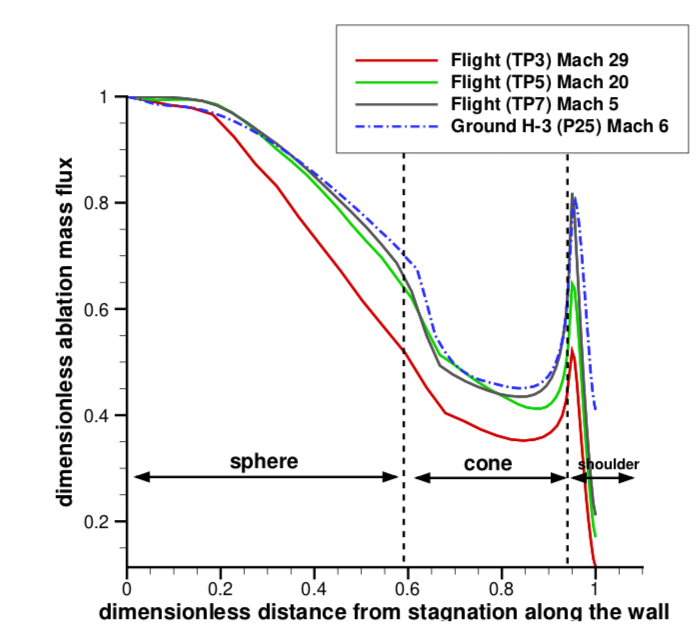 Ablative model of the Phoebus capsule tested in the Mach-6 hypersonic wind tunnel H3 at VKI (left); and numerical comparison of dimensionless ablation mass flux between different points along the Phoebus trajectory and the H3 experiment (right)

The second campaign had the goal to study the dynamic stability of the nominal and the ablated capsules in the VKI transonic wind tunnel S1. The analysis of the test results using the so-called energy method revealed that the Phoebus capsule is dynamically stable in both its nominal and ablated configurations, even featuring a slight increase of stability in the ablated case.

Ablated model tested for dynamic stability in the S1 transonic wind tunnel at VKI using the forced-oscillation technique (left); and aerodynamic damping evaluated for the nominal and the ablated model by means of the energy method (right).

The obtained results suggest that the developed techniques and the acquired knowledge may be used in the future to support classical design approaches for re-entry missions. In addition, it is believed that the synergistic use of experimental, theoretical and numerical techniques used by the team represents a valuable example of how to properly tackle a complex multi-physical problem as the atmospheric entry.