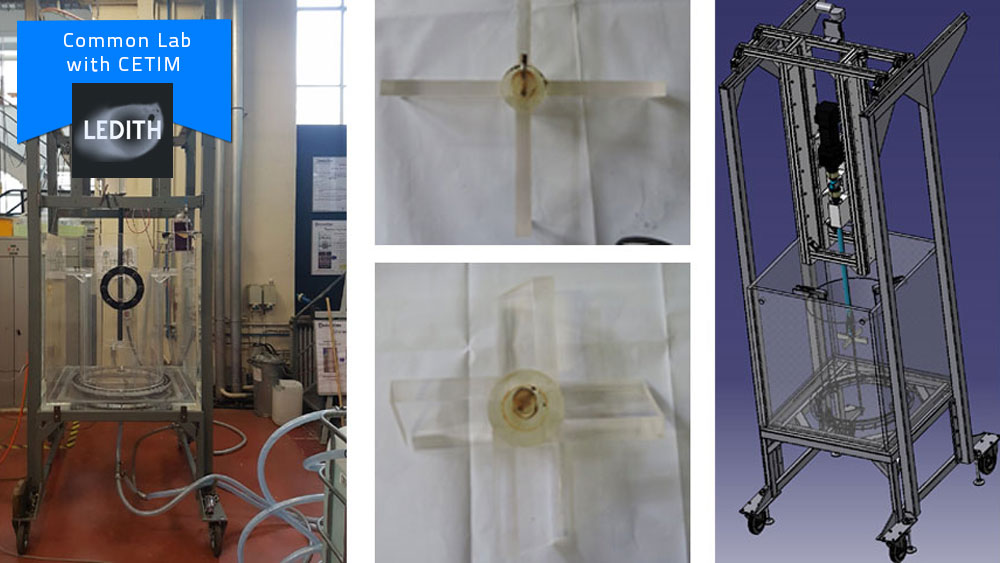 The CHyCAgO facility allows experimental studies of stirring tank flows. The facility has been designed in the frame of the LEDITH joint laboratory with CETIM (www.ledith.eu ).

The facility can produce agitated flows with a rotating speed range from 3 to 600 rpm with a flow producing a torque up to 120Nm. The facility is fully transparent to allow optical access and use of optical measurement techniques like stereo-PIV. 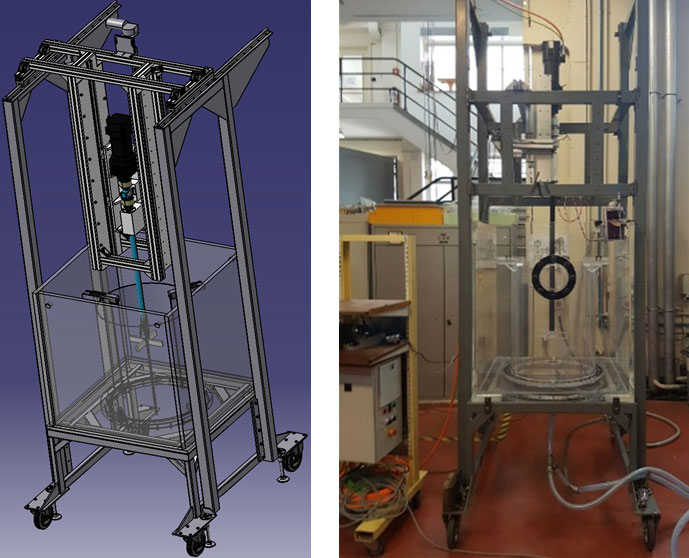 Given the large size, the facility is ideal for the study of industrial-scale mixing phenomena and for validation of CFD codes. The versatility of the facility includes the possibility to study multiphase flows, including solid and gaseous dispersion. The high engine power makes the facility suitable for study of fluids of high viscosity while achieving turbulence at the same time.

Stereo-PIV in water at different rotation speeds and with the two different types of impellers were measured in the facility and led to two conference papers.

Recently, stereo-PIV and PTV measurements were performed with water and up to 10% in volume of hydrogel particles, allowing the calculation of both solid and liquid velocities. Results will be published in the near future.