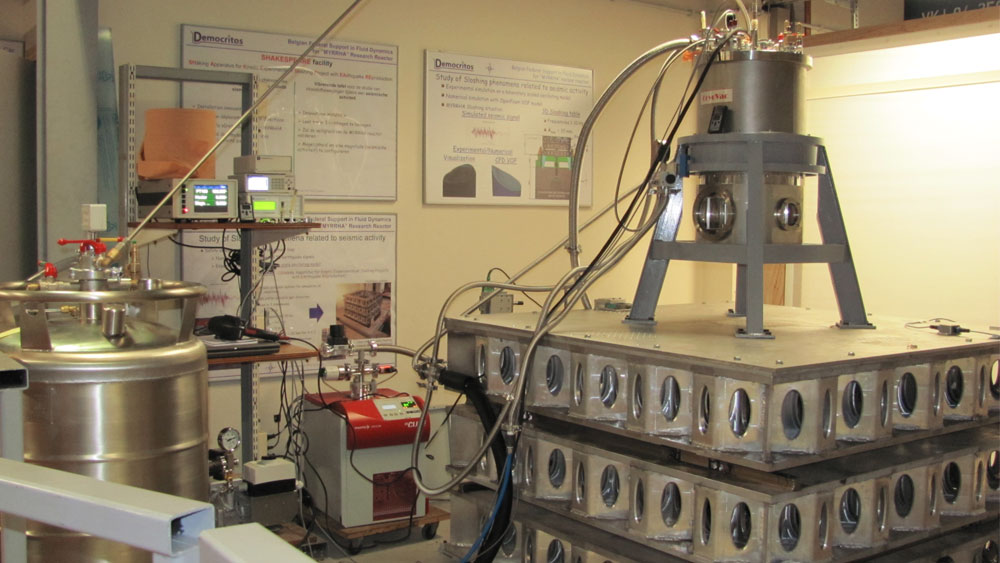 The facility has been named SHAKESPEARE from the acronym: SHaking Aparatus for Kinetic Experiments of Sloshing Projects with EArthquake Reproduction.

The SHAKESPEARE facility (SHaking Aparatus for Kinetic Experiments of Sloshing Projects with EArthquake REproduction) is custom made and features a frame with three sliding modules, one for each axis. The main table surface, on which the model will be placed, is a square shape with 1.5 m length. It is placed at the top and can slide along the X-axis on guides that are fixed on the second module. The second part can slide along the Y-axis, on guides fixed on the third part. The third module supports the total weight of the table and can slide along the vertical Z-axis, on guides fixed on an outer supporting frame.

The assembly of the system is shown in Figure 1 and a picture of the operating table is shown in Figure 2.  A hydraulic piston type actuator is selected to apply the excitation, because of better performance. The modular design can ensure that the motion on each axis is independent and well controlled, while the supporting frame allows for using only one actuator per direction. This keeps the cost down, as the hydraulic actuators are expensive items. Moreover, when more than one actuator is used per direction, there is the need for complex control system to ensure their synchronization. Such a shaking table system has the ability to reproduce realistic seismic signals in 3 directions with the aforementioned excitation parameters. The maximum load for the table (model weight) is prescribed at 500 kg, while the maximum weight of the frame is 500 kg per module, giving a total maximum weight of 2000 kg.

The maximum displacement of the shake table is +/-45 mm and the maximum acceleration is 1.1g.

The automatic controller of the facility allows for easy introduction of input signals. The input files can be loaded to the integrated computer on the door of the cabinet (Figure 1 a.) or the system can be controlled from distance through a network connection. Position sensors in the hydraulic pistons track accurately the movement in each axis during operation (Figure 1 b.).

- Displacement and force measurements during earthquake

Fluid Sloshing is the movement of the liquid free surface inside a partially filled containment, subjected to a cinematic excitation. In the every-day life, Sloshing can be observed shaking up a cup of coffee. Additionally, thermal exchanges (such as boiling and natural convection) occurring in the propellant tank may couple with sloshing. In the space field in particular, the prediction of the liquid behavior inside the launcher reservoirs is important for the design of Propellant Management Devices, Guidance Navigation and Control and Altitude and Orbital Control Systems. One of the key element of such systems is the liquid propellant tank itself. It plays multiple fundamental roles allowing the storage of the fuel or oxidizer, its pressurization, thermal control, acquisition and transfer to the engine feedline. In a low gravity environment, the described scenario take place with an additional degree of complexity, as the liquid behavior is dominated by surface forces (interface reorientation).

The VKI was responsible of the creation of a reliable and consistent experimental database, crucial for assessing the accuracy of the existing space system design tools and their range of validity. Scaled experiments allowed a better understanding of the Sloshing and thermal transfer phenomena: a customized cryostat (cryME) having large optical access was equipped with a cell containing liquid nitrogen. The cell is provided by temperature and pressure sensors and it is completely transparent in order to be able to apply optical-based measurement techniques. The CryME was then subjected to a suitable shaking motion on the SHAKESPEARE apparatus (figure …).

The SHAKESPEARE was also used to perform on-ground preliminary testing of the SPARGE installation (figure …)., later exploited in a microgravity platform (ESA sponsored Parabolic Flights - 0G aircraft of Novespace). To study liquid sloshing in reduced gravity, simultaneous measurements of the fluid velocity and its interface position inside a closed vessel were performed by optical techniques. Substitute fluids were used instead of liquid nitrogen (water and HFE7200) to approach the challenging study at a more affordable degree of complexity. Two flight campaigns has been successfully conducted in April 2016 and May 2017 with a total number of 180 successful parabola. These measurements are also correlated to the x, y and z accelerations at which the tank containing the fluid was subjected. 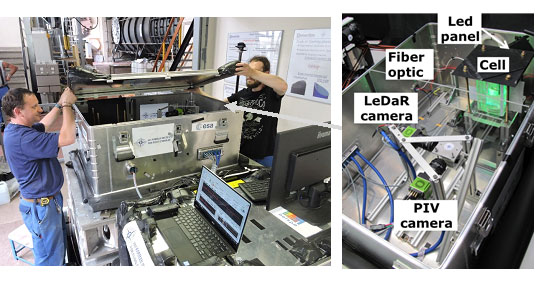 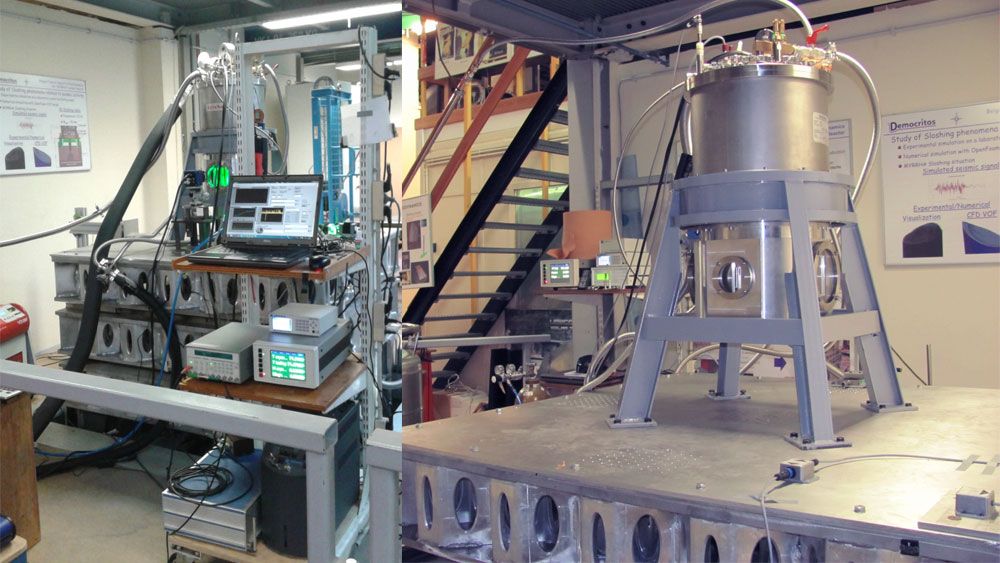 Project highlights: Model of MYRRHA reactor at scale 1/25 tested on Shakespeare for validation of numerical simulations 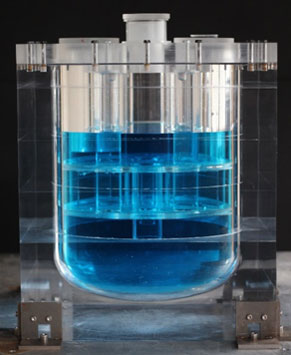 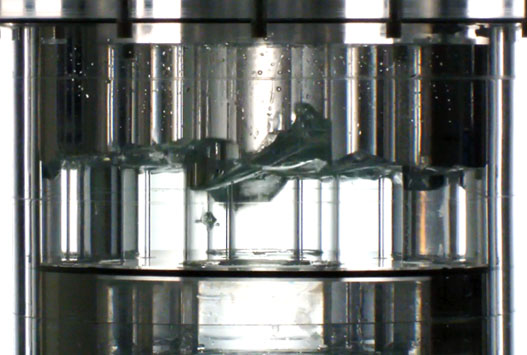 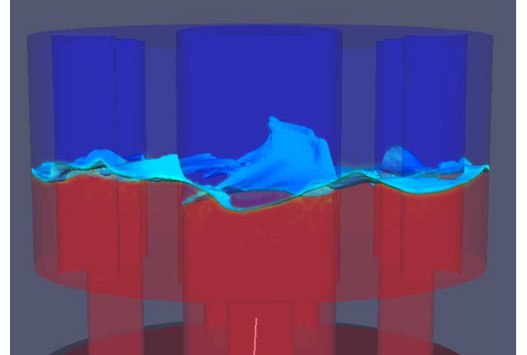 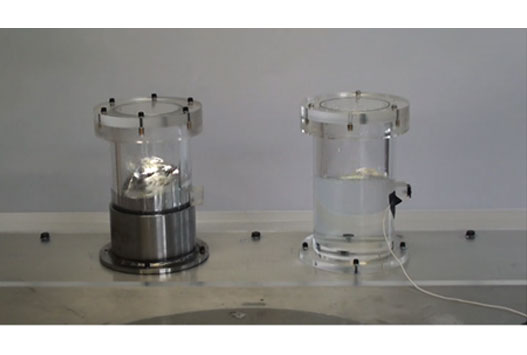 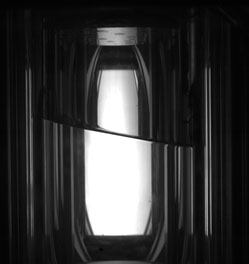 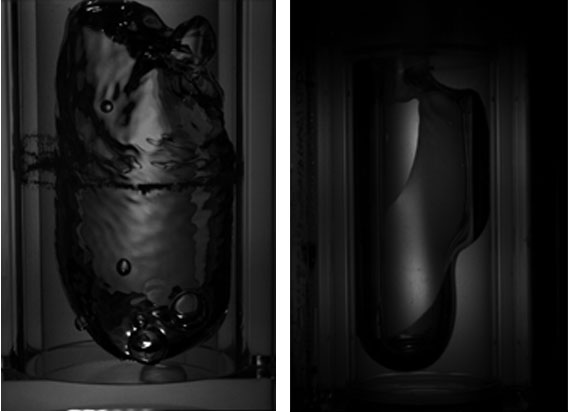