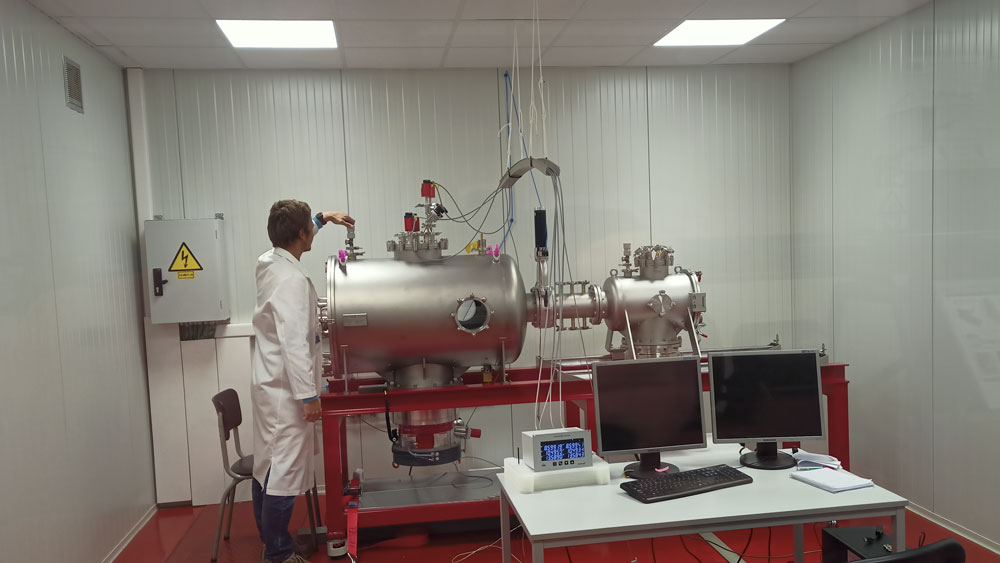 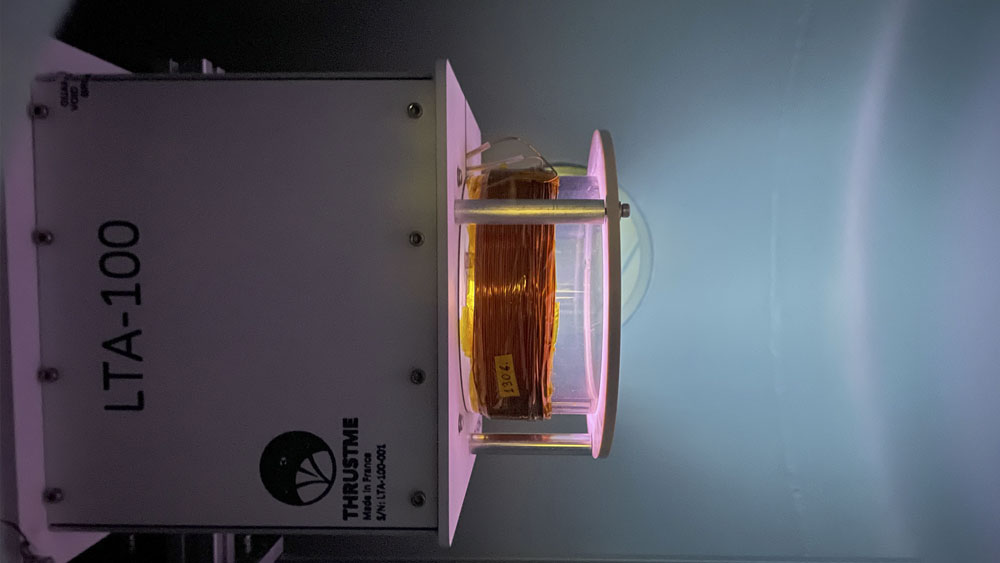 The "DRAG-ON" facility (Dual-chamber for RArefied Gases and ON-ground testing) is used to simulate the high speed, low density flow that a spacecraft would encounter in Earth Orbit, at an altitude of approximately 200 km - intermediate between the "Kármán line" (100 km) and the orbit of the International Space Station (400 km).

The facility supports the investigation of a new concept of electric propulsion called Air-Breathing Electric Propulsion. This new technology would make it possible to use the atmosphere as a propellant.

The orbital flow conditions are created through a Particle Flow Generator (PFG) that can operate continuously in vacuum conditions with both argon and molecular oxygen feed gases. The working gas is ionized from an inductively coupled plasma source. The charged particles are then accelerated to orbital speed (8 km/s) using an electric field. A sealed chamber and a high vacuum pumping system are necessary to maintain the pressure around 0.001 Pa (1/100th of a millionths of an atmosphere) during operation.  Plasma diagnostics include electrostatic probes (Faraday probe to measure plasma current density and Retarding Potential Analyzer to measure velocity distributions) and non-invasive techniques (Optical Spectroscopy).

Among several applications, the facility is used to measure the «collection efficiency » of an intake-collector component for Air-Breathing Electric Propulsion system. The dual chamber configuration serves this purpose, with collection efficiency being directly related to the pressure difference between the two chambers.

The experimental activity is supported by plasma and rarefied gas modeling and simulation. The Particle-in-Cell/Direct Simulation Monte Carlo method, is used, where the plasma is described statistically at the molecular level. The combination of simulations and detailed experiments makes it possible to study how gas molecules interact with the surfaces of different materials.