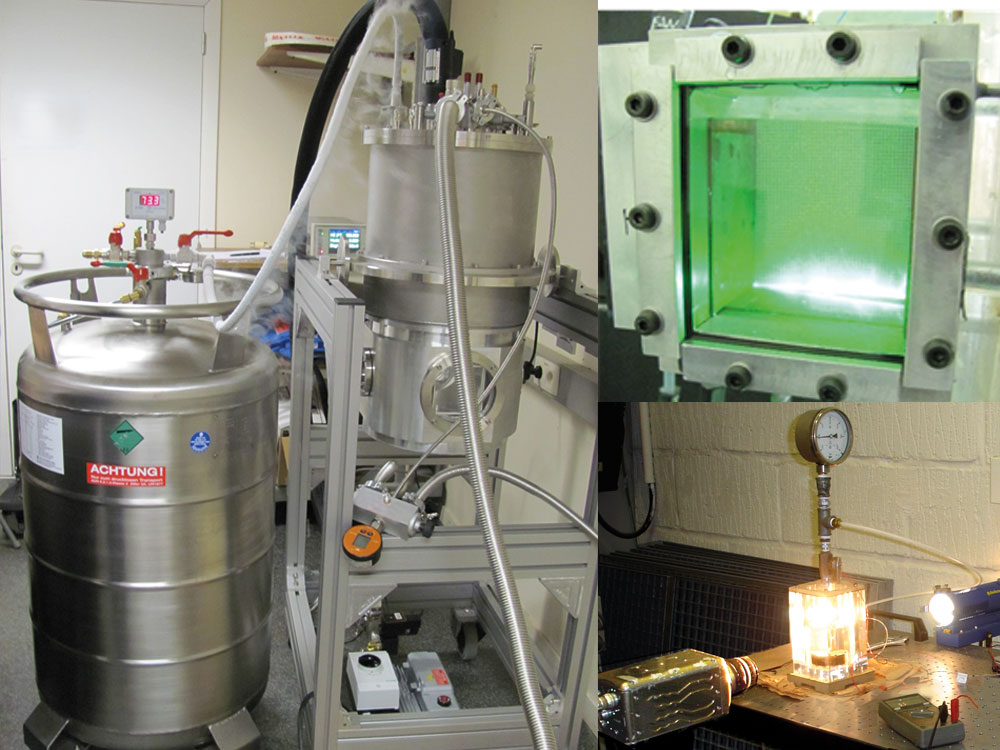 The “CryME” (Cryogenic Microgravity Experiments) facility is a fully customized cryostat, for the characterization of cryogenic sloshing, boiling and thermal stratifi cation on earth and in microgravity conditions at temperature down to 70 K. The presence of large windows allows the use of non-intrusive optical techniques such as particle image velocimetry or high-speed visualization.

The cryostat is schematically composed by three areas:

The cryostat has been designed with a large internal sample area providing isothermal condition, with very high temperature uniformity. Different cells can be placed inside the cryostat to perform scientific experiments.