The QB50 project has reached another crucial milestone. The first two QB50 satellites have been delivered  for shipment to the launch site after a successful flight acceptance test campaign. The satellites will form the QB50 Precursor mission that seeks to de-risk and validate key technologies of the QB50 main flight that will be performed in the coming years.

The following payloads were integrated into the ISIS satellite platforms: 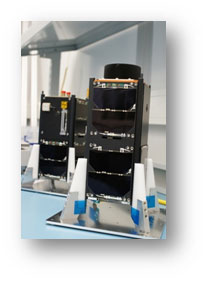 The project was executed to an unprecedented timeline. Formal Kick-Off was in October 2013 and all hardware from the different partners was delivered for integration into the satellites in January  2014. This means that two satellites were delivered in just over 6 months. Furthermore, with a precursor launch scheduled in June, launch and operations will commence within 9 months of project Kick-Off.

This fast-track project shows how successful a close cooperation between academic institutes and experienced companies can be. With ISIS’ experienced team of engineers that design and build nanosatellites on a regular basis (ISIS remains on track to delivering 1 satellite system per month in 2014), throughput times of nanosatellite projects can be shortened significantly.

The lessons learned from the QB50 Precursor development and operations have already led to many recommendations to further improve and streamline the QB50 main flight. All teams involved in QB50 stand to benefit from the experiences gained over the last months.
About QB50: www.qb50.eu 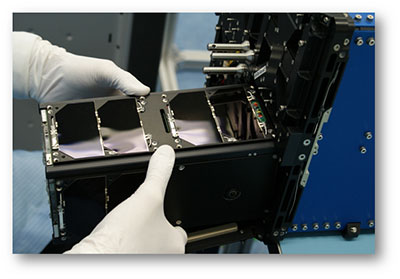 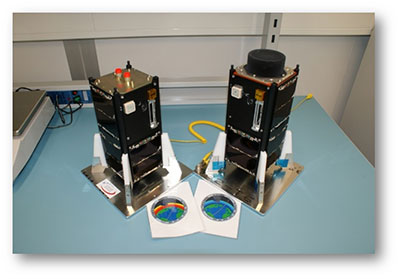